It’s not new information that social media has greatly impacted the mental health of pre-teens and teenagers in the United States.

The more we compare ourselves to others, the less happy we are. There’s a constant stream of not having enough, doing enough, etc. This greatly affects teenager’s self-perception at a young age.

Social media is often used in isolation. The more time we spend on social media the less time we are interacting face to face with others.

So what do we do about it?

I help adolescent girls and their families, who are hurting, angry, and struggling to find their way through life’s challenges, to create real and lasting change.

Our Best Ideas On:

Our best advice to help you nourish deep connections in your family right to your inbox!

So, you’re thinking about getting your teen into counseling, but you’re not sure if it will be helpful or not. I wanted to take a moment in today’s video to talk a bit about some things to think about as you consider this option for your teen. First of all, let’s...

END_OF_DOCUMENT_TOKEN_TO_BE_REPLACED

The Potential Trap of Being a “Nice” Person

Do you find yourself almost always putting others’ interests before your own to make them happy? Do you feel it hard to say “no” to others, even when you really want to?  If you answer “yes” to these questions, here are some things you may want to think about.  ...

END_OF_DOCUMENT_TOKEN_TO_BE_REPLACED 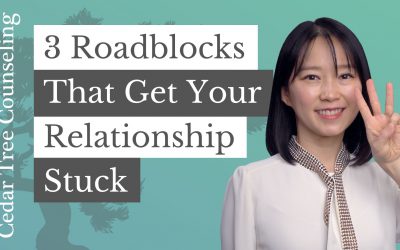 3 Roadblocks That Get Your Relationship Stuck

Working with couples, I often see that there are vicious cycles that perpetuate problems in their relationships. Here are some of the most common roadblocks that can make your relationship get stuck.   Not Truly Understanding Your Partner’s Needs  ...

There are a lot of broken families who struggle to do life well together.

That’s why we help families create an environment where deeper connection & healing can happen.